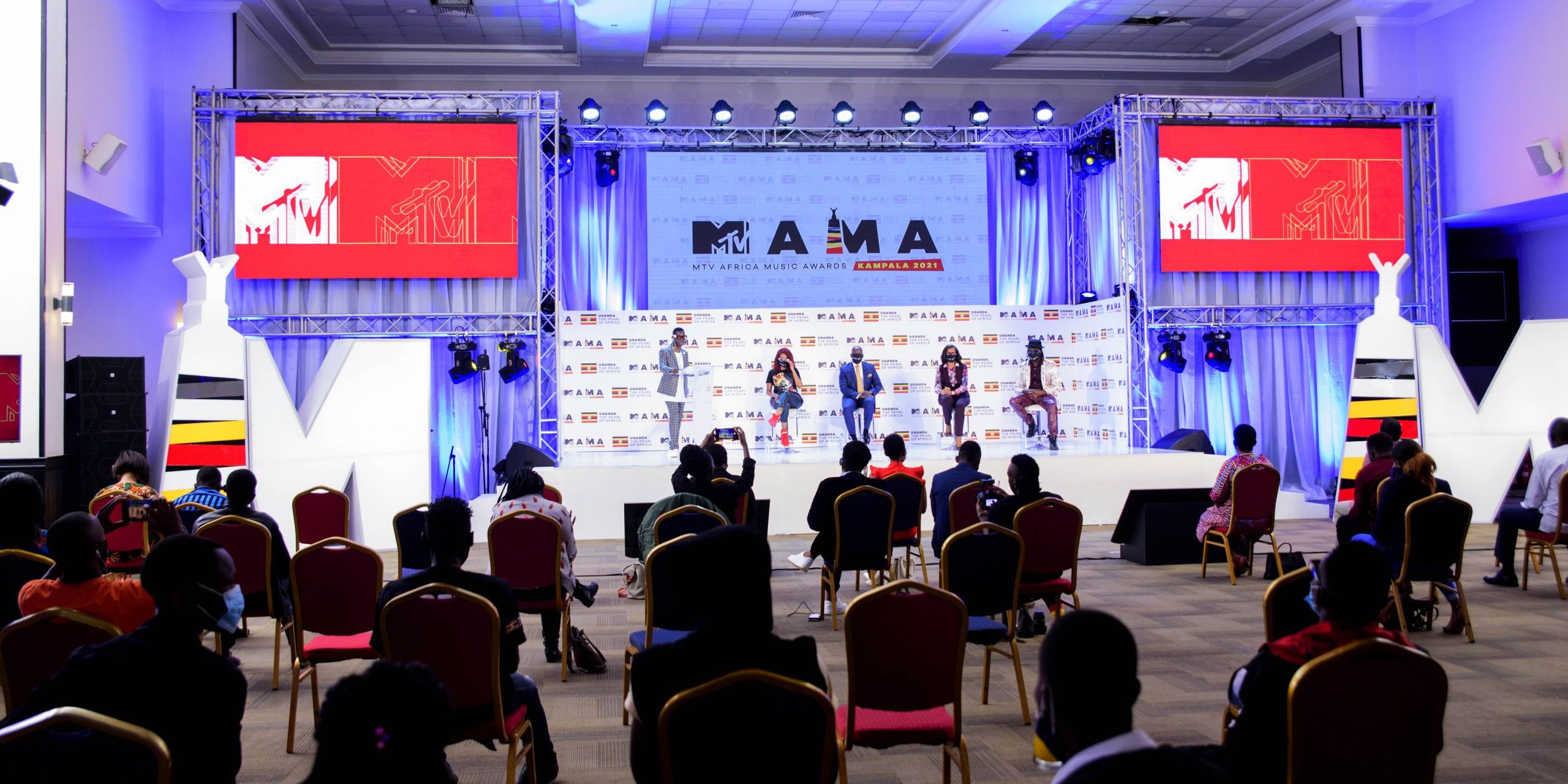 MTV Africa and MTV Base announced the return of the continental flagship award show in 2021. The Iconic MTV Base celebration, MTV Africa Music Awards (MAMA), which showcases the ultimate in African culture, music, and creativity, will be held in a re-imagined virtual format in partnership with Uganda, The Pearl of Africa on February 20th 2021. The MTV Africa Music Awards Kampala 2021 will be broadcast on MTV Base (DStv Channel 322) and MTV (DStv Channel 130). The repeat show will also be aired on BET Africa, BET International and MTV channels across multiple continents as a one-hour MAMA-themed MTV World Stage feature.

The ultimate celebration of local African and international talent and achievement, MAMA 2021, in partnership with Uganda, The Pearl of Africa, recognizes and rewards musicians, trailblazers and those who are shining a light on the continent’s diverse talent and creativity by instilling positive impact on African music and youth culture over the previous year. The awards ceremony will feature vibrant performances from leading African and international artists and will also showcase some of the biggest cross-genre and cross-border collaborations.

The event will celebrate African talent across 20 award categories, including Best Male, Best Female, Best Song, and Best Collaboration. The contribution of artists from Portuguese and French-speaking Africa will also be recognized in the Best Lusophone and Best Francophone categories. Additional new categories included are the MAMA Generation Change Award, Best Fan Base, Alone Together Best Lock-down Performance and Personality of the Year. These new categories seek to demonstrate MTV Base’s commitment to supporting the youth of Africa.

The MAMA Generation Change Award will recognize the inspiring, young changemakers of the continent who are tackling some of the world’s most challenging social problems. The Alone Together Best Lock-down Performance recognizes outstanding performances that took place virtually by celebrating artists who took to streaming services to share their music and unite society during the unprecedented 2020 Lockdown. The category selection criteria is from October 1st 2019 to October 1st 2020. The nominees will be announced in December 2020 and music lovers will have their say by voting for their favourite stars online.

Commented Monde Twala, Senior Vice President & General Manager, VCNA, “It is an incredible honour to announce that the seventh MTV Africa Music Awards Kampala 2021 will be hosted by the vibrantly diverse Uganda, The Pearl of Africa for the first time on February 20th, 2021. We are excited to bring this amazing showcase to audiences across the continent and globally with an innovatively re-imagined awards show and celebration. Due to the COVID-19 pandemic, content production has embraced innovation as the new gold and we are excited to take Africa to the World and showcase its immense talent and culture as we stage the biggest music awards show on the continent.”

The Honourable Godfrey Kiwanda, State Minister for Tourism Uganda commented, “It is an incredible achievement for Uganda to host the continent and International stakeholders for the MAMA Kampala 2021 for the first time. The awards are an extraordinary African cultural experience, and we understand the important role it plays in driving awareness, cross culture education and profiling the continent’s rich leisure tourism offerings on the international stage.”

“This is a wonderful opportunity for global audiences to experience Uganda’s magnificence, the profusion of brilliant life and diverse natural wildlife, and the vast scale of entertainment, events, art, culture, cuisine, history and shopping. We are also so proud to be able to highlight Uganda’s musical richness and give our talented artists the opportunity to showcase their immense talent, and the diversity of Uganda’s sounds, to music fans beyond this continent. This is indeed a momentous occasion for audiences to experience Uganda as truly “the Pearl of Africa”.

The MTV Africa Music Awards Kampala 2021 is brought to you by Uganda, The Pearl of Africa in an effort to promote tourism, wildlife and cultural heritage conservation for the socio-economic development and transformation of Uganda. Sustainable tourism, wildlife and cultural heritage will contribute to transforming Uganda into a modern and prosperous nation.

Craig Paterson, Senior Vice President & General Manager, VCNA, continued, “The latest edition of the MAMA promises to be our biggest and most innovative yet. Millions of fans worldwide will enjoy the digitally re-imagined celebration and African music via multiple broadcasts globally. We are excited to partner with Uganda to bring viewers a unique format and experience that positions Africa’s diverse heritage and digital innovation.”

Always celebrating the pan-African scope of the MAMA, the awards will encompass three pulsating Road to MAMA broadcasts featuring MAMA nominees from across the continent. The MAMA Kampala 2021 brings the much-anticipated music industry workshops in a virtual format for the continent’s aspiring musicians, youth upskilling and development.

The MTV Africa Music Awards Kampala 2021 will broadcast on MTV Base (DStv Channel 322) and MTV (DStv Channel 130) on February 20th 2021. The show will also be aired on MTV channels across multiple continents as a one-hour MAMA-themed MTV World Stage feature.

Known as the “Pearl of Africa,” Uganda is located in East Africa and offers some of the continent’s most diverse wildlife viewing, dramatic landscapes, and immersive cultural experiences and warm people and hospitality. Uganda is home to more than half the world’s population of endangered mountain gorillas, and trekking to observe these gentle giants in Bwindi Impenetrable Forest is one of the world’s top bucket list travel activities. Safari opportunities abound in savanna, forest, and wetland settings throughout 10 national parks, where visitors can come face to face with “The Big Five + 2” – lion, leopard, rhino, elephant, buffalo, chimpanzee and mountain gorilla– as well as giraffe, zebra, hippopotamus, crocodile, and more than half of all bird species found in Africa. Among Uganda’s extraordinary natural attractions are the snow-capped Rwenzori Mountains; expansive Lake Victoria, which forms the source of the Nile River; and Murchison Falls National Park. For more information, please visit; www.visituganda.com

Uganda Tourism Board renews its focus on mountain tourism
December 28, 2020